The Making of
Patina Maldives

In the fragile tropical ecology of the Fari islands, Brazilian architects MK27 are seeking to connect inside to outside and nature to experience, with architecture and art.

Paradise is never within easy reach. The Maldives’ pristine Fari Islands archipelago, for example, located nearly 1,000 kilometers off the coast of Sri Lanka, necessitates travel both by air and by sea. To get there, visitors take connecting flights into Malé International Airport before continuing onward via speedboat, to where the end of their journey offers a blissful reward. On these remote islands, the temperature rarely drops below 29 degrees Celsius, and the white sand and lush plant life are surrounded by a seemingly endless azure sea.

It’s here in this far-flung arcadia that Brazilian architect Marcio Kogan and his São Paulo firm Studio MK27 are putting the final touches to the Patina Maldives hotel and resort. Built on the largest of the four Fari Islands in the North Mari Atoll, the Patina Maldives emerges as a destination of regeneration and discovery, realized in the size and shape of a small, albeit luxurious, fishing village. Open to guests from the adjacent islands, the hotel will feature a central marketplace packed with amenities including a spa, international restaurants, boutique shopping, and more. Beyond the village, Studio MK27 and an international team of designers, curators, artists, and fabricators are creating an open-air art gallery where, wandering among the trees, guests will encounter site-specific, large-scale commissions by contemporary artists, including America’s legendary James Turrell. 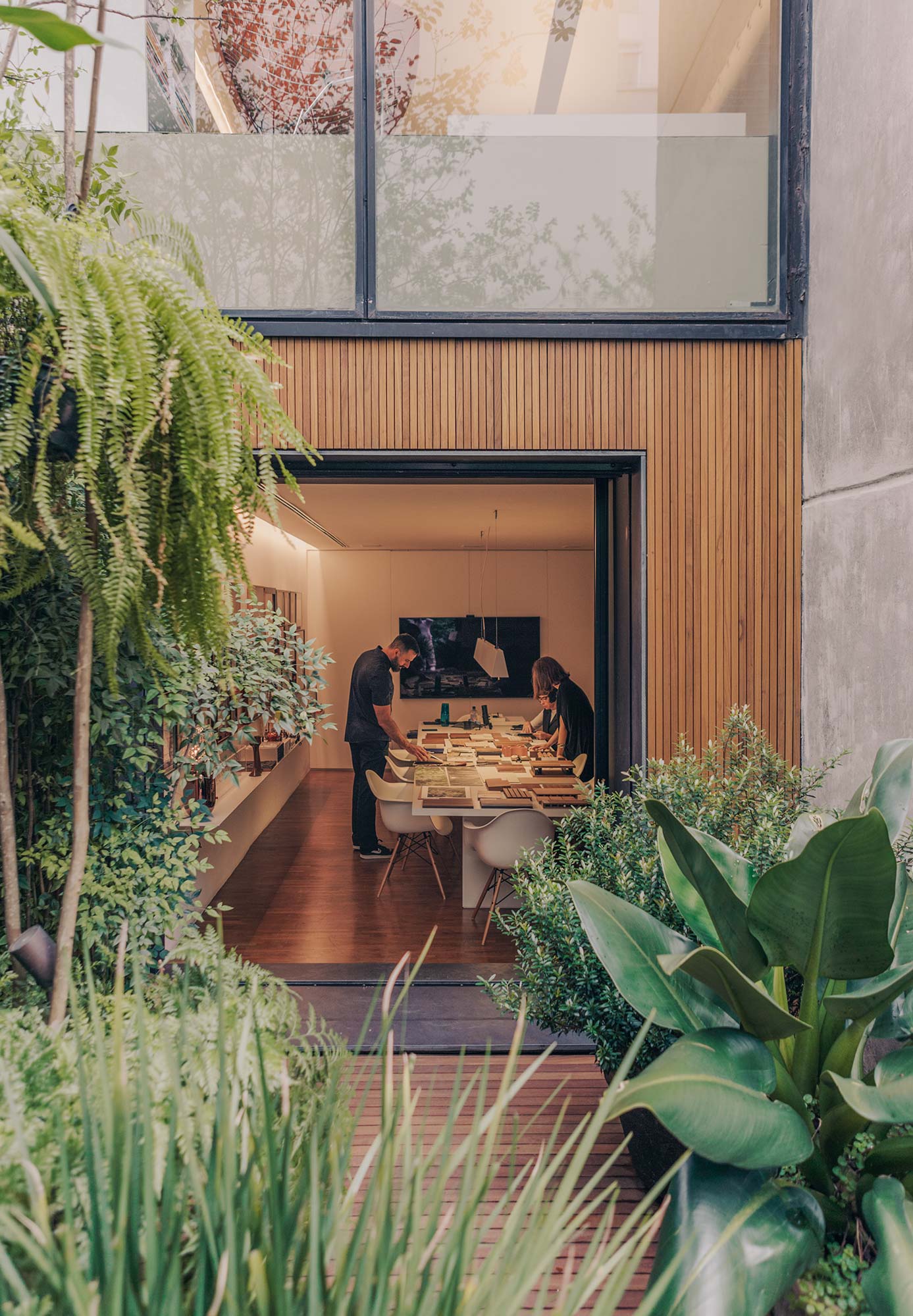 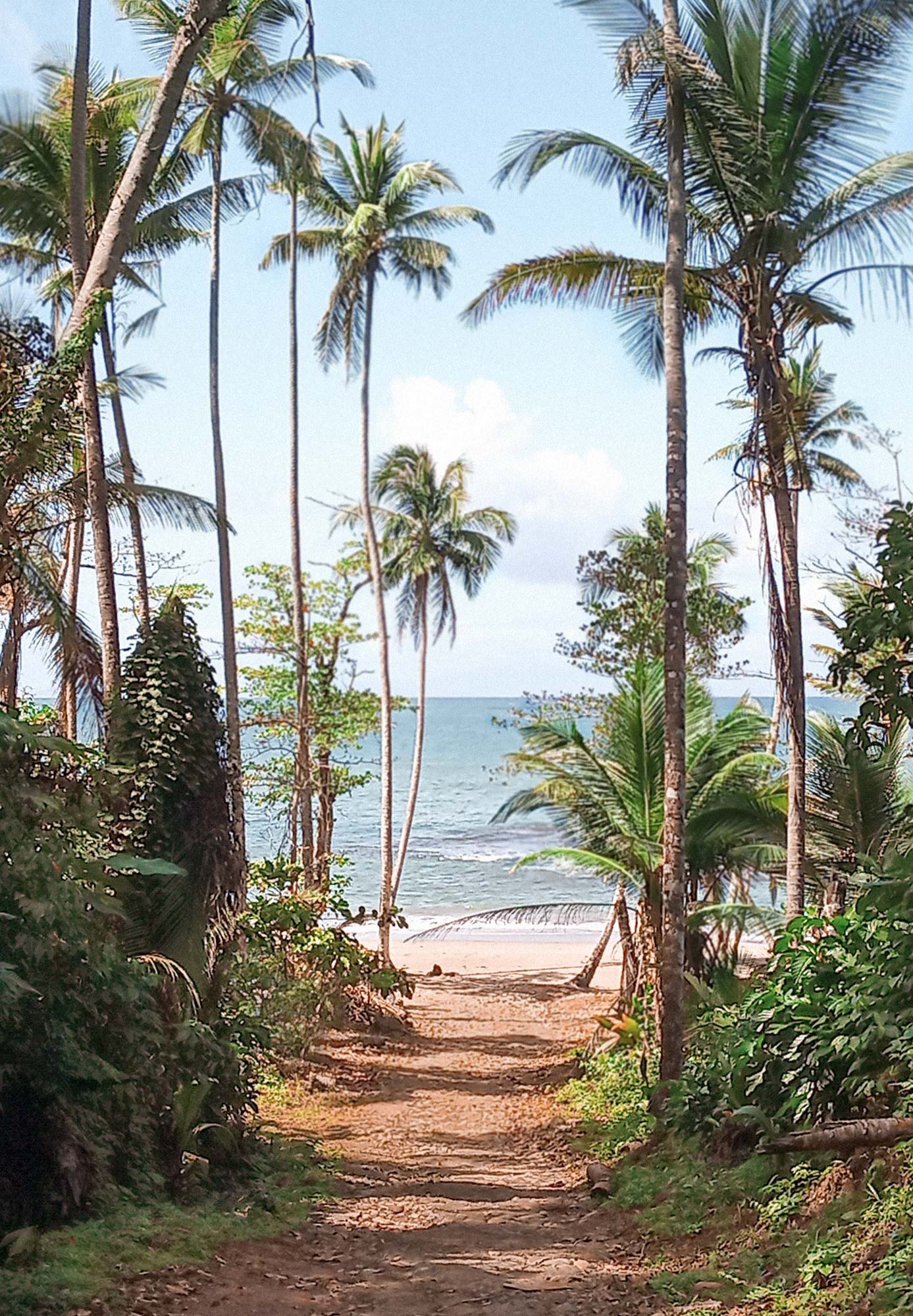 Dually informed by the minimalist precision of Mies van der Rohe and a reverence for their—equally equatorial—beaches back home, it’s an approach that has prioritized “keeping the island in a sort of untouched state,” says firm director Renata Furlanetto. Consequently, all their design choices defer to the natural landscape. In keeping with their signature style, Studio MK27 have designed the hotel’s 90 guest villas as simple rectangular structures, slung below the sightline of the horizon to keep views as uninterrupted as possible. Working closely with Lebanese-based firm Vladimir Djurovic Landscape Architecture, the architects have also maintained the land-based villas’ privacy by hiding them from one another, shrouded in vegetation and staggered at different distances and elevations.
‍
“You have this feeling of a virgin island,” Kogan says, a sensation he fondly recalls from his childhood vacations on the beaches of Brazil, where the trees would hide everything man-made from view. “It’s a kind of elegance, or sophistication—to make sure nature is speaking louder than the architect.” 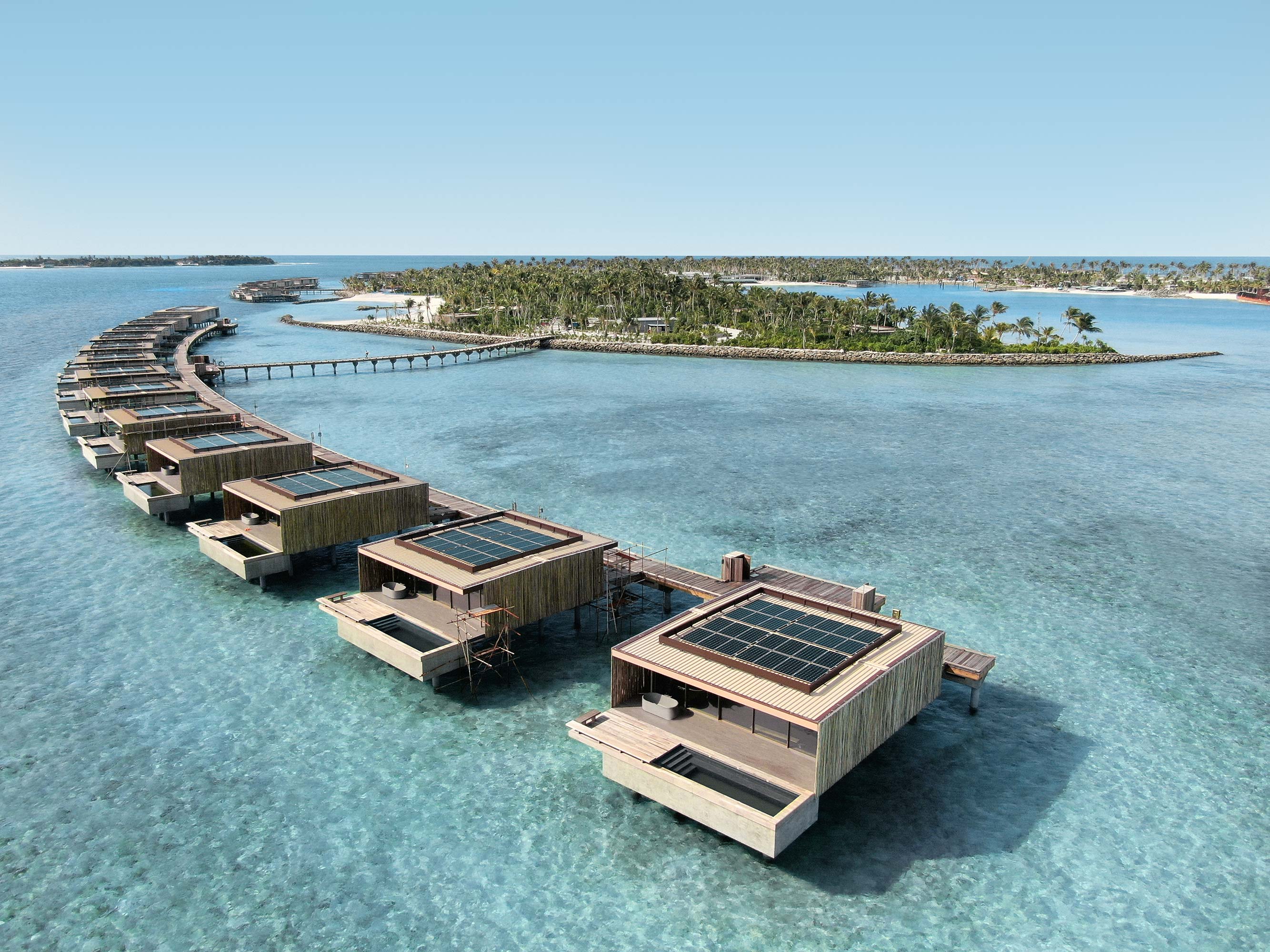 In the villas, glass walls fully retract to the open air, where private patios will feature outdoor furniture by Dedon, Carlos Motta, and Paola Lenti, and private pools and gardens will overlook the sunset or sunrise. “Our expertise is in the fluidity between outside space and inside space,” says Studio MK27 interior design director Diana Radomysler, whose palette of wood, rattan, linen, and stone infuses the property with colors and textures inherent to the island.
‍
As an homage to the island’s native vegetation, Talenia Phua Gajardo, director of Singapore-based art consultancy The Artling, commissioned renowned Brazilian photographer Cássio Vasconcellos to capture large scale images of Maldivian flora and fauna for each of the villas, to accentuate the interiors’ tropical sense of place. “Bringing the Maldives into the room,” Radomysler says of Vasconcellos’ images, “is a joyful experience for the senses.”

“It’s a kind of elegance, or sophistication—to make sure nature is speaking louder than the architect.” 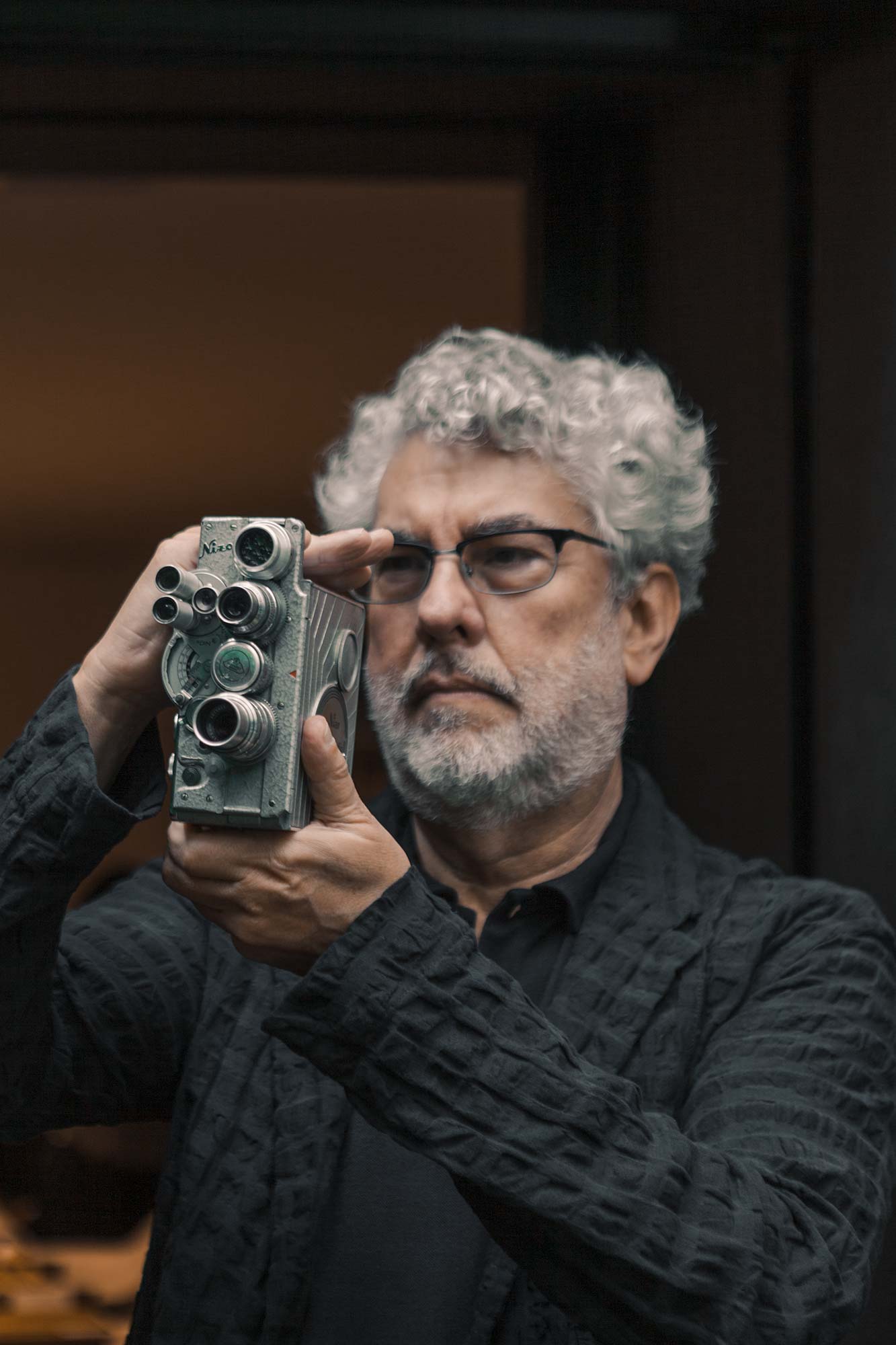 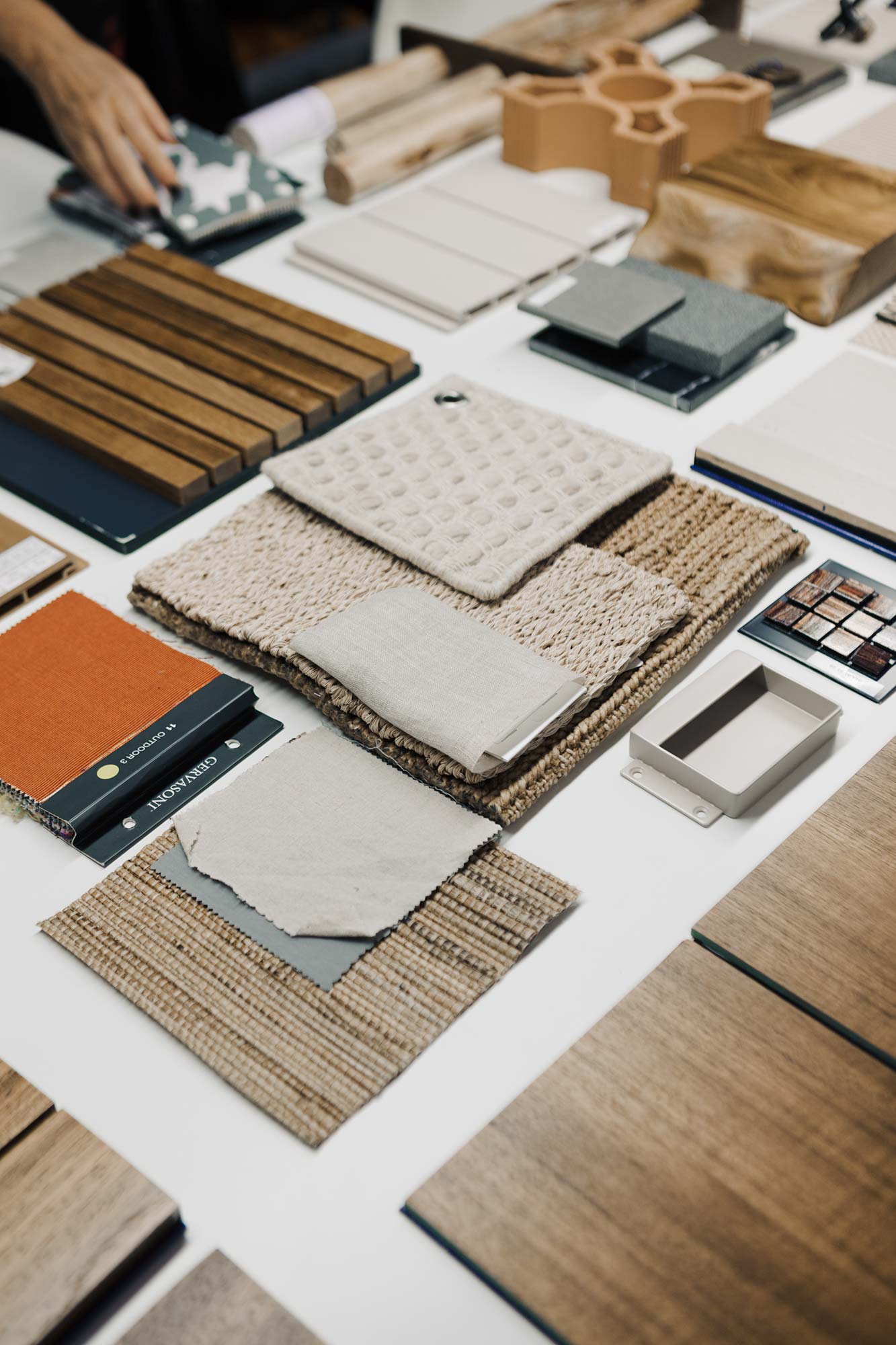 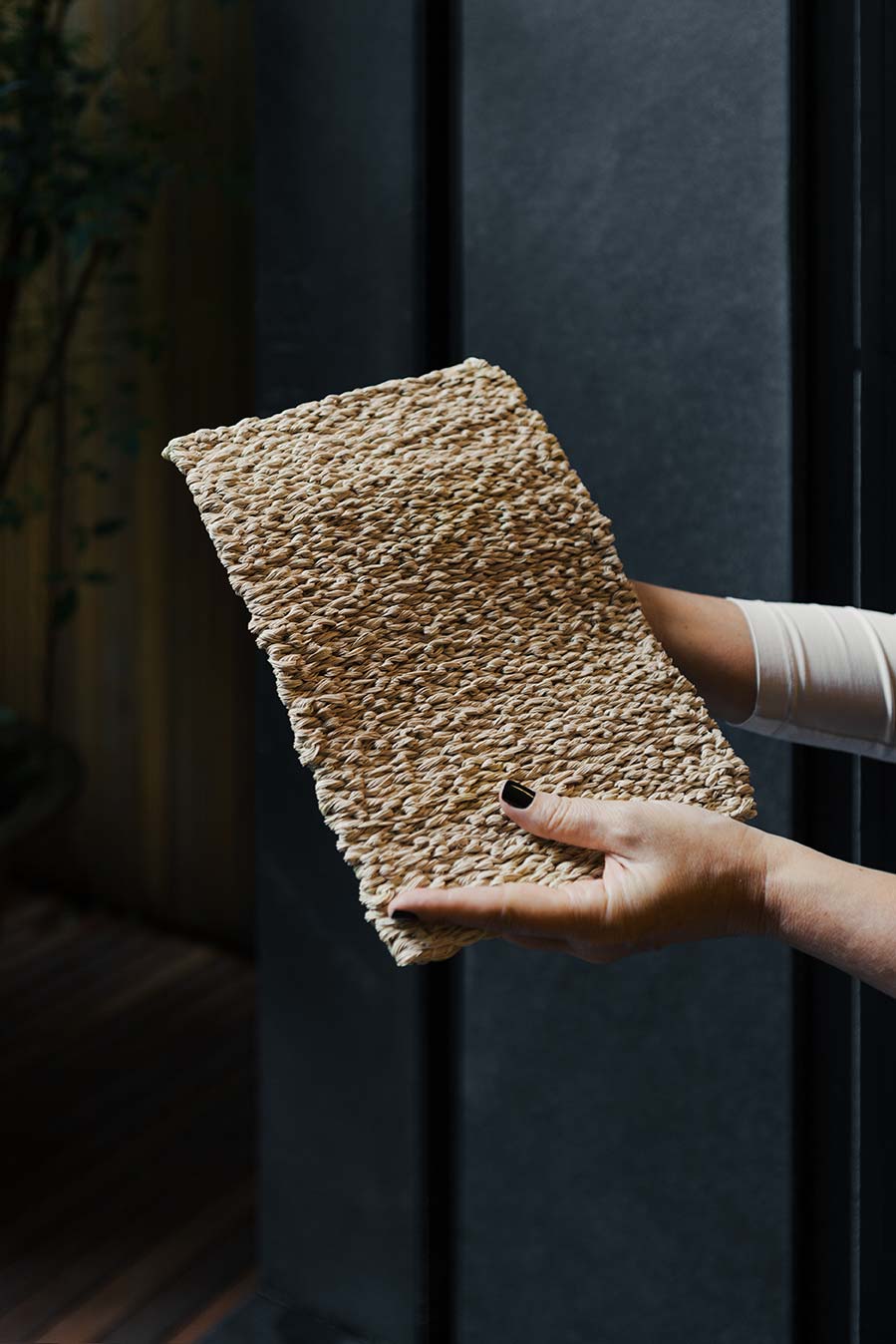 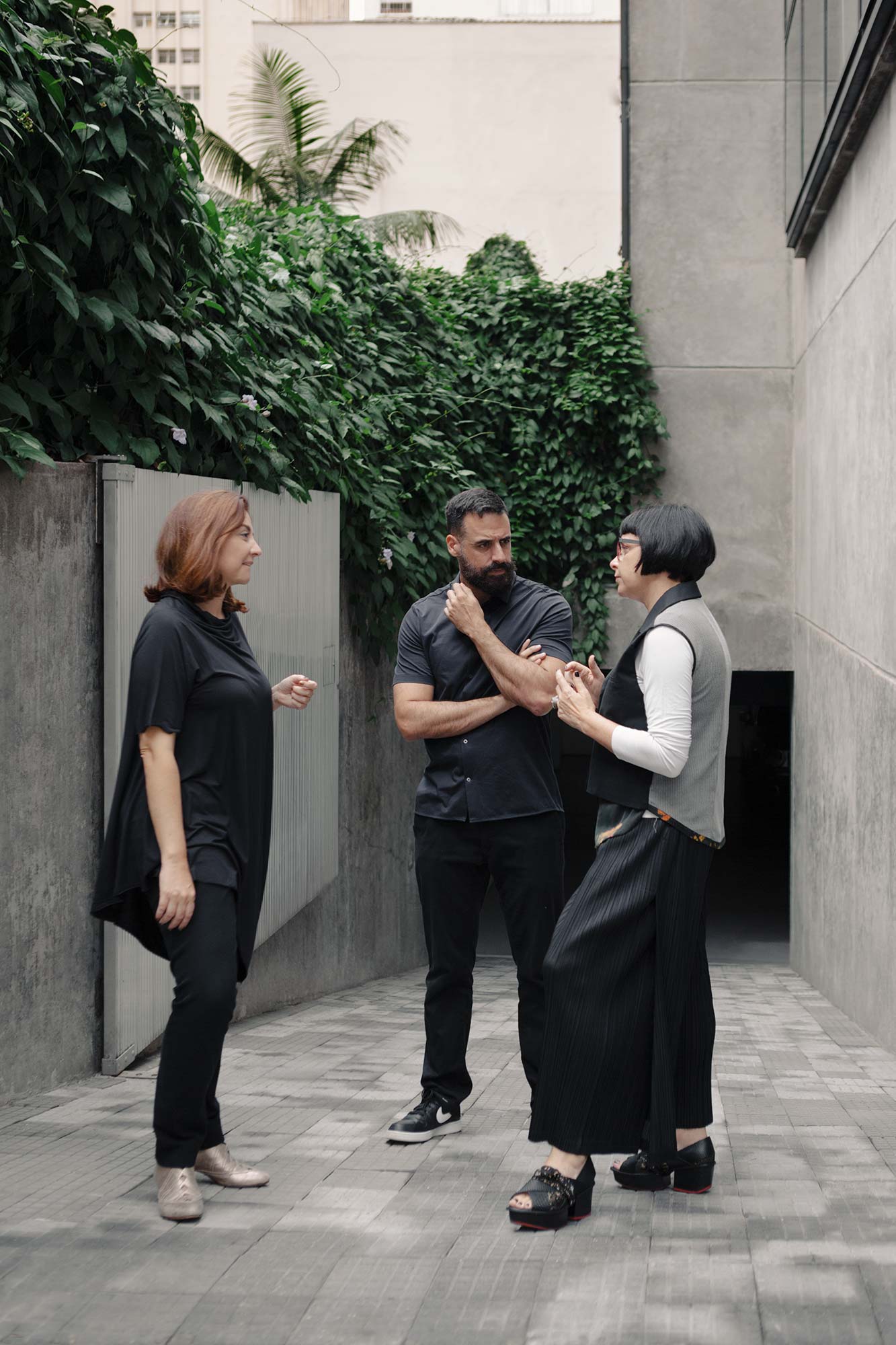 As another way to interact with the land-based outdoors, visitors will be provided with maps that lead to a collection of outdoor sculptures. “The discovery process adds another layer to the guests’ experiences,” says Gajardo, who curated the Patina Maldives collection as a range of artistic encounters that visitors can interact with directly. She worked with both the interior designers and the landscape architects to install the art program, which was treated not as decoration, but as an integral part of the hotel. “Everything is bespoke,” she adds, emphasizing the importance of each work being specifically made for the island.
‍
At the arrival greenhouse, visitors will be greeted by a six-meter-wide textile by Hiroko Takeda, a New York based artist who trained in the Japanese craft tradition of Mingei Undo. Using blue and green cotton linen yarn, she has woven together a composition of movement and rhythm, light and shadow. “I was certainly thinking of the colors and fragile ecology of the island setting,” she says, “and I approached the wide canvas as a horizon between the depth of ocean and sky.” The texture of the heavy resulting fabric is a strong introduction to the other artworks awaiting discovery ahead. All five of them were commissioned specifically for the island by Gajardo, “Every single piece is a different story, a different journey, a different materiality,” she says.
‍
In a clearing among the palm trees, the Netherlands based Chinese artist Hongjie Yang installed a series of eight mirrored columns directly onto the white sand. Standing at human height and made from marine grade stainless steel that can withstand the tropical elements, the columns’ surfaces alternate between a pristine mirror-polish and craggy, almost volcanic formations. “They’re arranged in a way that causes them to appear as some sort of archeological discovery,” Yang says. As viewers walk through the works, they become immersed in reflections not only of themselves, but their surroundings as well. “The installation is physically and symbolically like a ‘middle ground’ that serves as the connecting point between the viewer and their own deeper connection to the environment, nature, and ultimately the larger universe.” 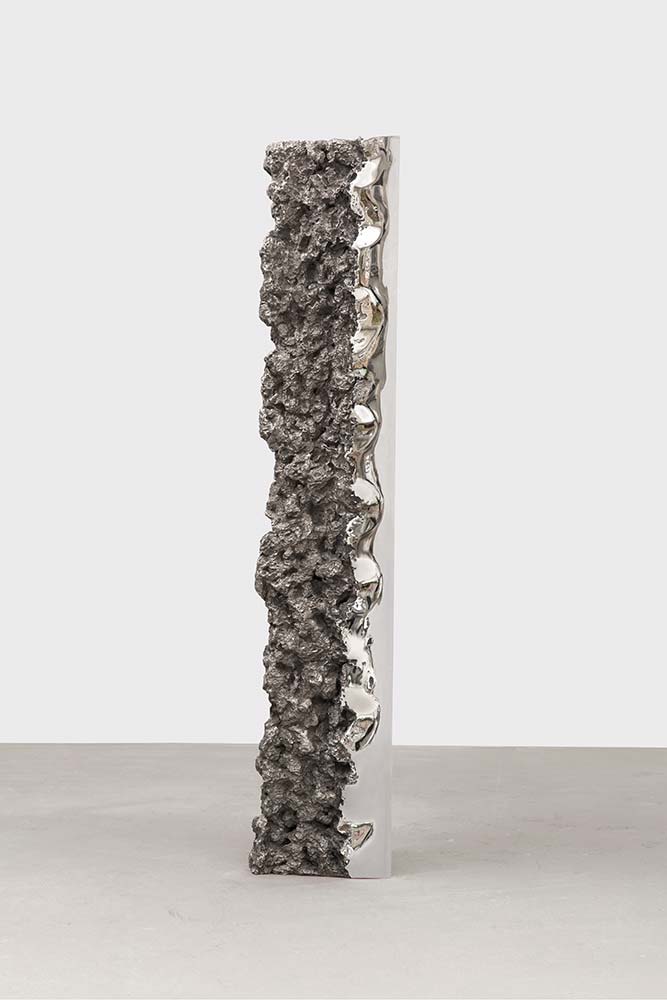 Netherlands-based artist Hongjie Yang created a series of reflective monoliths for the island. 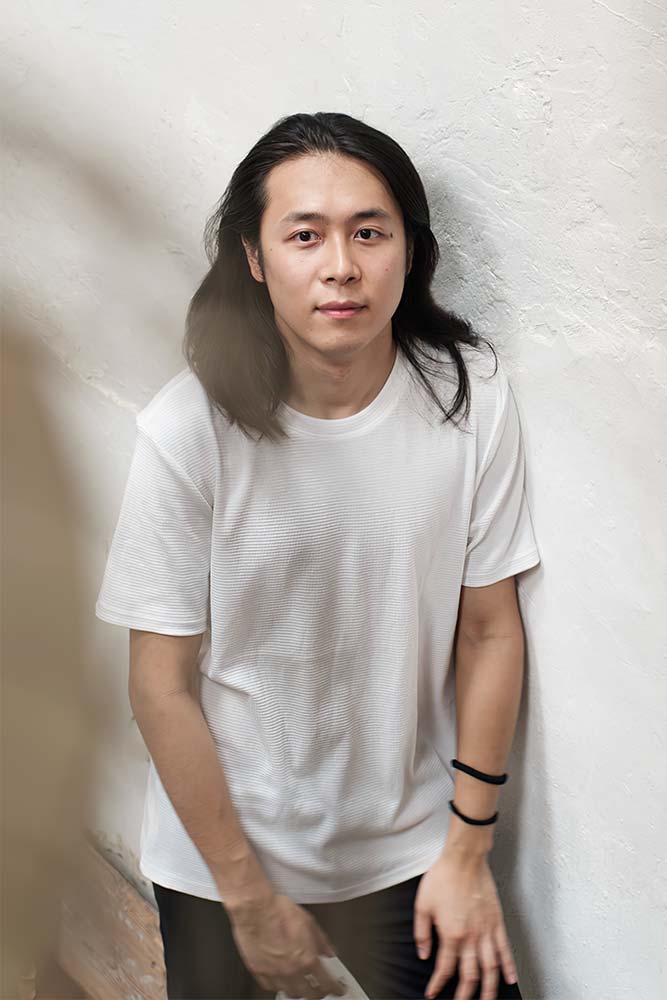 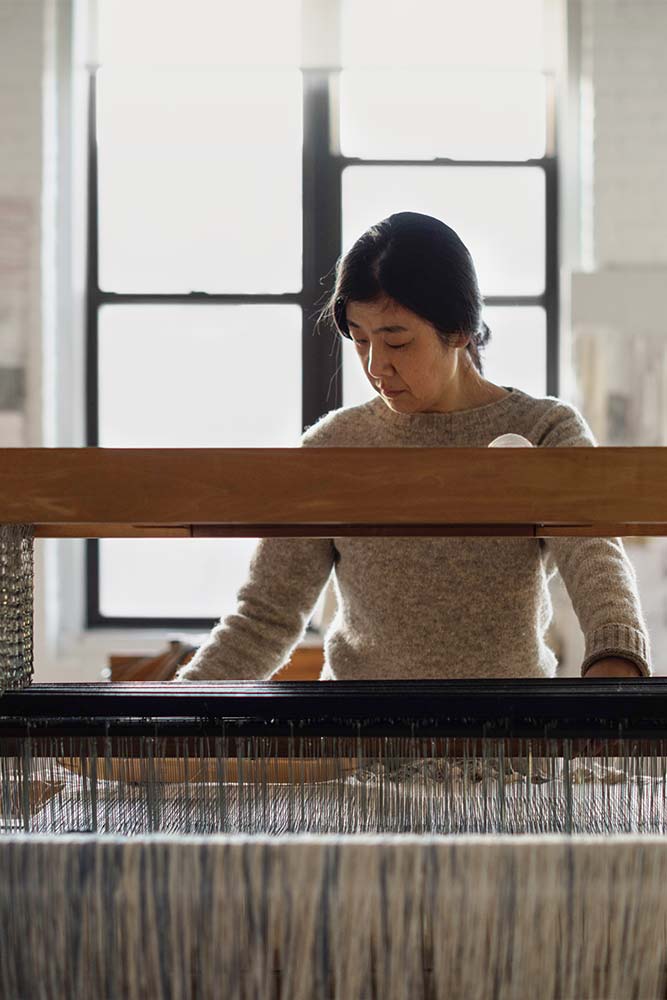 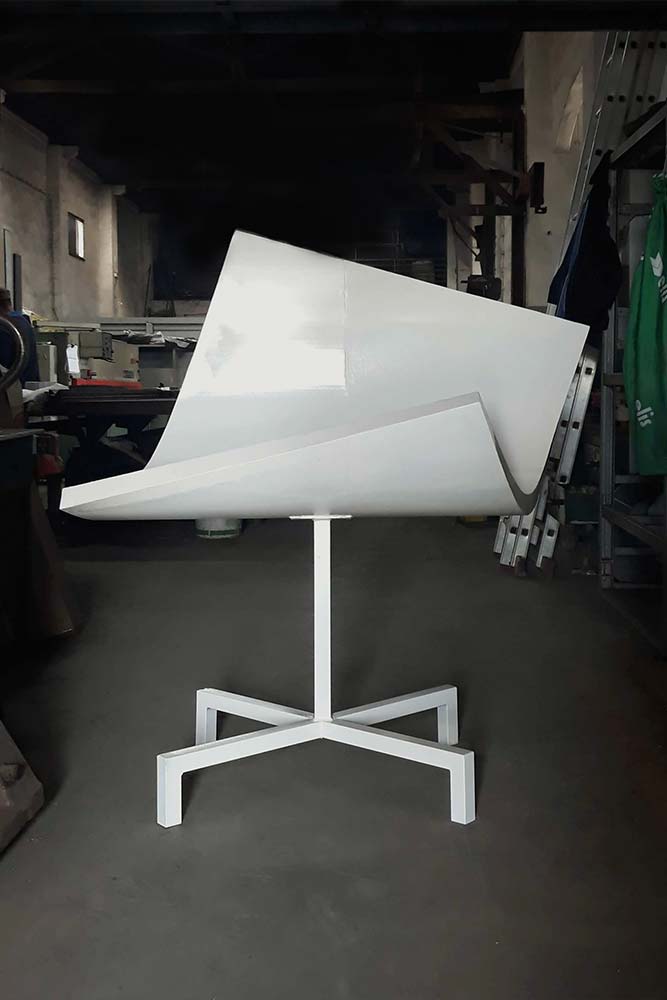 FAHR 021.3 describes their concrete white sculpture “almost like a sail, or a sheet of paper.”

Down on the beach, FAHR 021.3, a Porto-based studio founded by architects Filipa Frois Almeida and Hugo Reis, have created a simple swooping gesture out of a large slab of white concrete, “Almost like a sail, or a sheet of paper,” says Reis, expanded to the size of a wall. Visitors are invited to interact with it however they like: to jump up and down on it or lie down and take a nap in its curve, like a hammock. “It’s like a small stage that offers as much a sense of freedom as the rest of the island, and at the same time allows people to somehow relate themselves to the surroundings.” 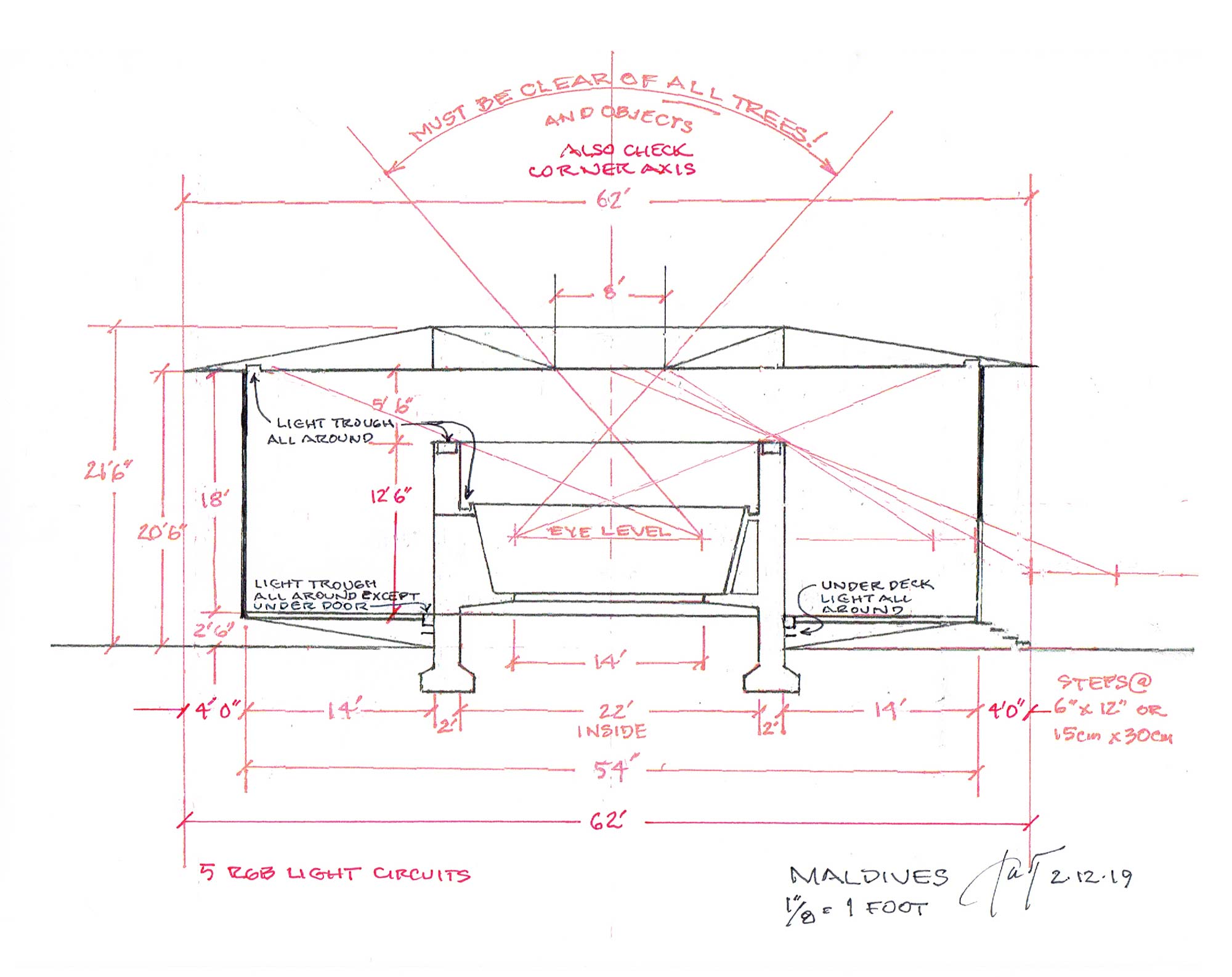 The most arresting work of art on the island is arguably the Skyspace Pavilion, a signature piece by James Turrell. A member of the California Light and Space movement since the 1970s, Turrell has been making these freestanding, room-sized pavilions that play with light as a tangible material in some of the farthest corners of the world. To the visitors inside, the pavilion’s open ceiling appears to flatten the sky, framing the clouds in such a way that they appear to be within reach. Hidden lights within the Skyspace subtly shift the viewer’s perception of the sky’s color, distance, shape, and density.
‍
With much back and forth, Studio MK27 worked directly with Turrell to achieve the exacting specifications of the pavilion while imbuing the structure with the same look and feel of the island’s other amenities. “The structural engineering here was very, very sophisticated,” says Kogan, describing the razor-thin edges required for the ceiling to create these striking effects. The parts were fabricated in Germany and later assembled on site, with the added touch of Studio MK27 DNA again in the form of walls made of vertical wooden slats, designed to add a dance of shadows that continuously change throughout the day.

Starting from an aerial view of the island and working their way down to the finer atmospheric details, Studio MK27 are building Patina Maldives from scratch,

taking care to preserve the natural ecosystem—not only for reasons of their own reverence for nature, but because of its remote location. “To be sustainable in the Maldives is a sort of survival skill,” Furlanetto says. “There’s no water supply, no energy supply,” so everything needs to be transported to the islands.

Therefore, making the most of the resources on hand is essential. Taking advantage of the island’s generous hours of sunlight, they have installed solar panels on all the villas, plus a number of passive heating and cooling systems: by connecting the AC system to the water tanks, for example, so that the two can simultaneously heat and cool each other. The hotel’s drinking water is processed and bottled by the island’s Nordaq plant, a patented Swedish water filtration system, and there are plans in place to have solar energy provide 50 percent of the resort’s energy needs by 2030.
‍
Early in the design process, when Kogan and his team first took the 20-hour flight around the equator from São Paulo to the other side of the world, they found that the Maldives’ picturesque landscape resonated on the same tropical frequency as home. Curiously, however, they found that the Maldives’ hotels did not. “I slept in a room that could be in New York, or London, or Paris,” Kogan recalls, describing the sense of placelessness that he felt in another Maldivian hotel. Its neutral interiors, intended to comfortably appeal to a broad range of international travelers, gave no sense of the tropics that were so embedded in his own formative years.

By contrast, the heart of MK27’s design for the Patina Maldives aims for a connection between guests and the beach itself, a dear and familiar sentiment that Kogan wanted to raise above all else. As a result, the essence of the beach is fully present in all aspects of the design. From the cutting-edge art collection to the luxuriously appointed villas, it’s the landscape that underlines all other experiences on the island. For Kogan’s own ideal vacation, he requires little else: “A low chair under a tree shadow, overlooking the most beautiful bright shade of blue water in the world, listening to Chet Baker,” he says. “Can it get any better?”● 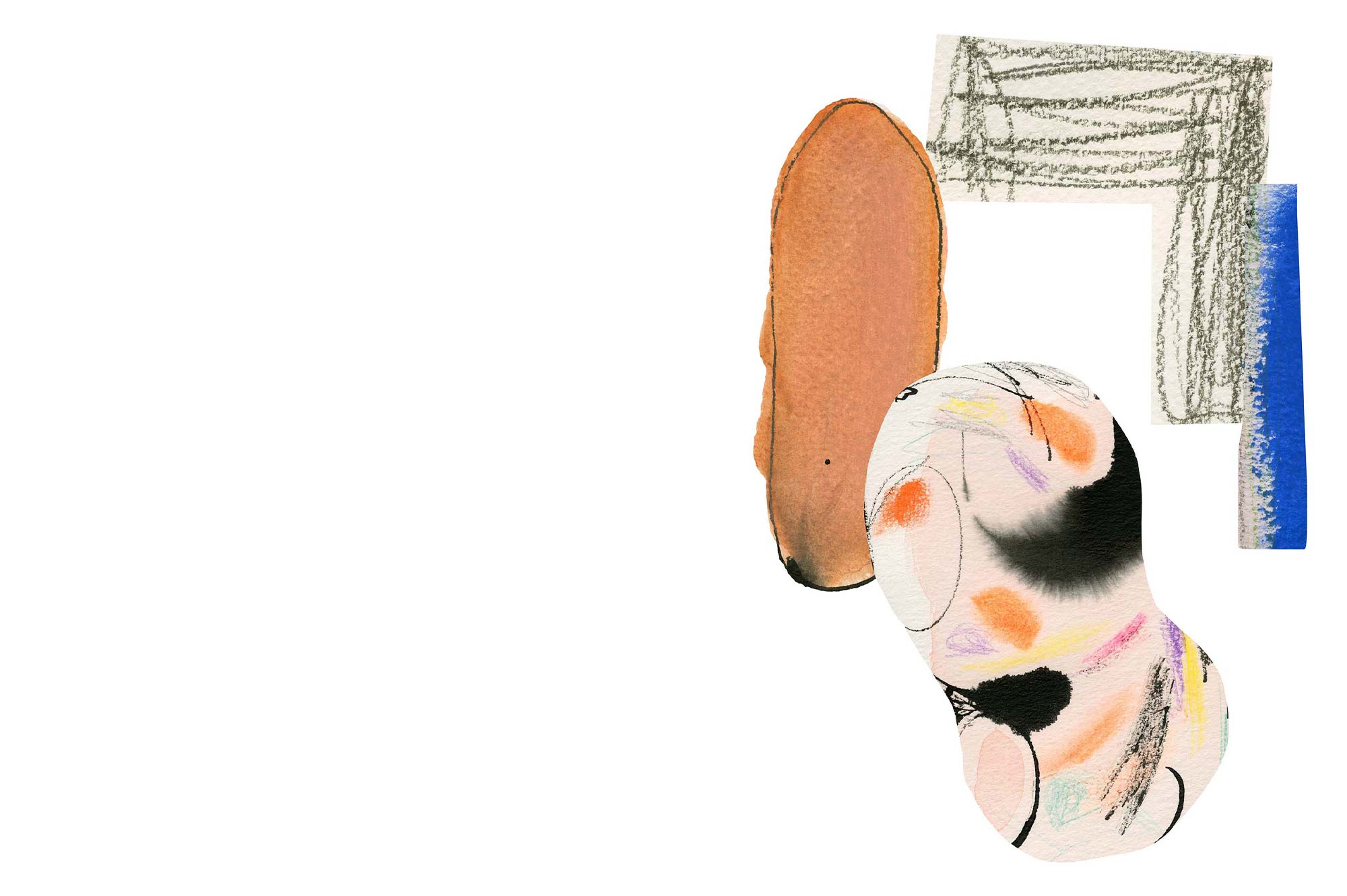 “The route is set by one’s heart and activated by one’s feet and presence.” 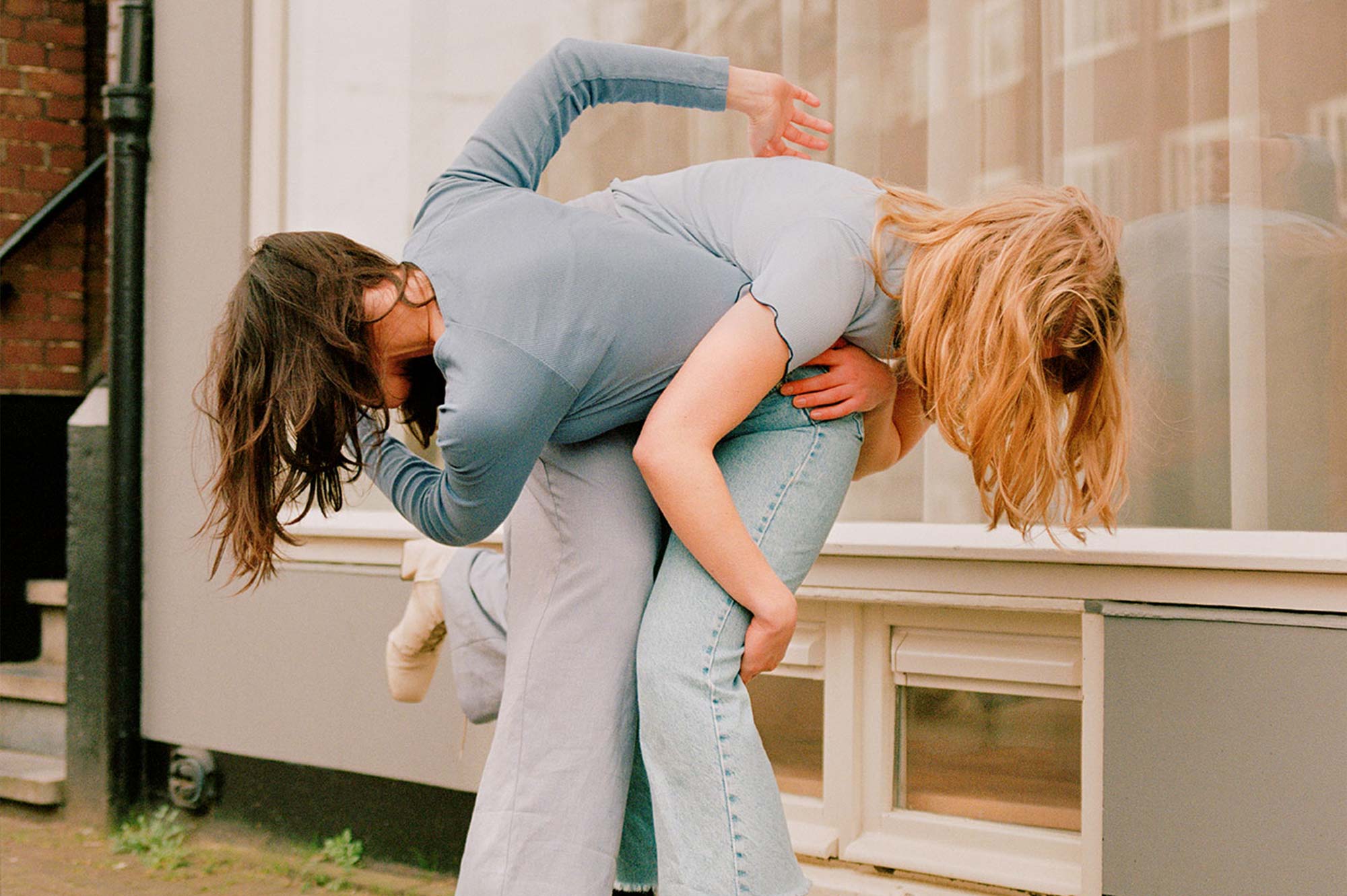 My Own Private Odyssey 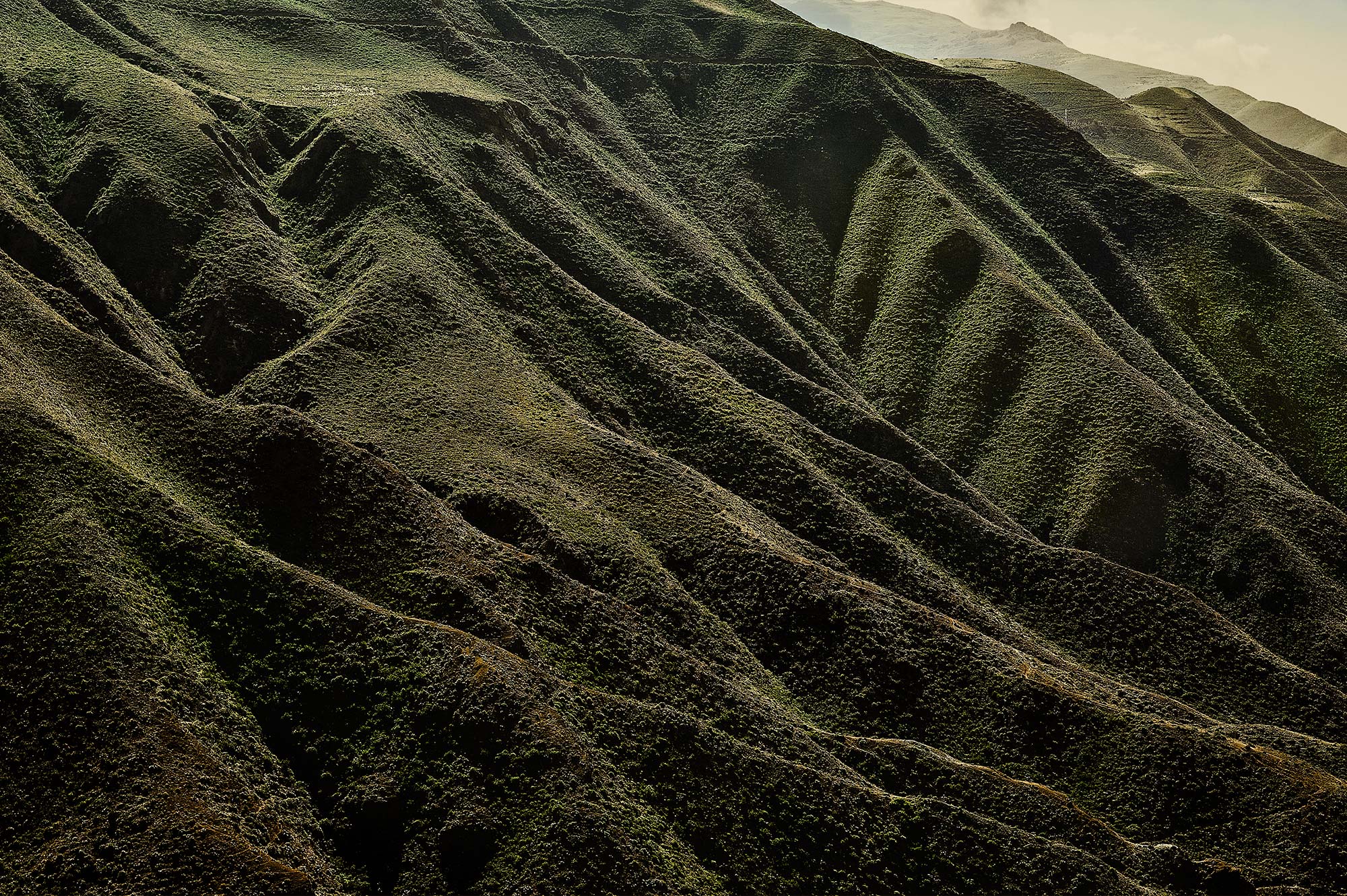 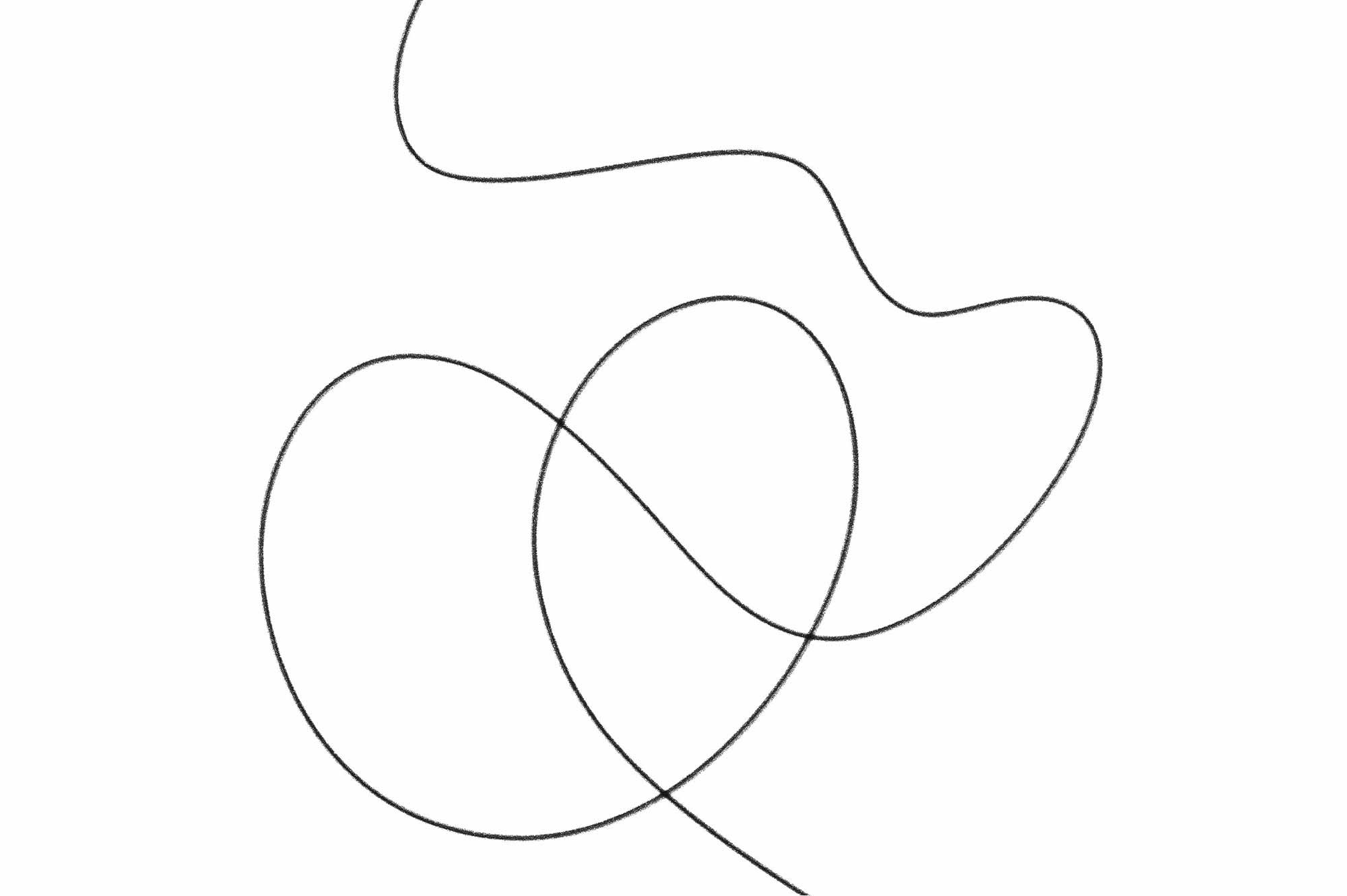 The Beautiful Art of Getting Lost

Walking is a way to come home, to connect with the world. There is no map with the best route for that. 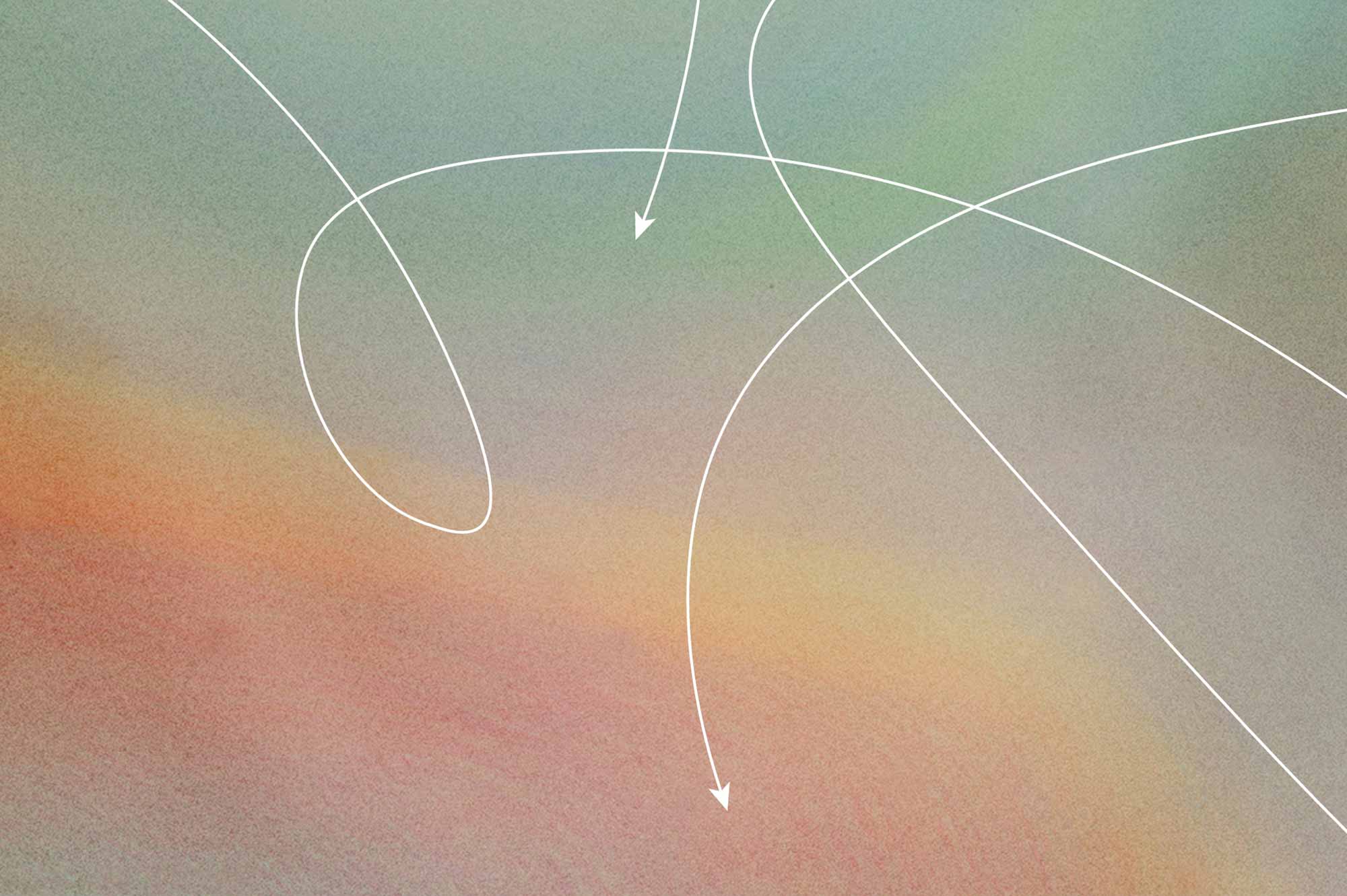 Ten principles that are ten steps towards promadic traveling with a lighter, more careful footprint. 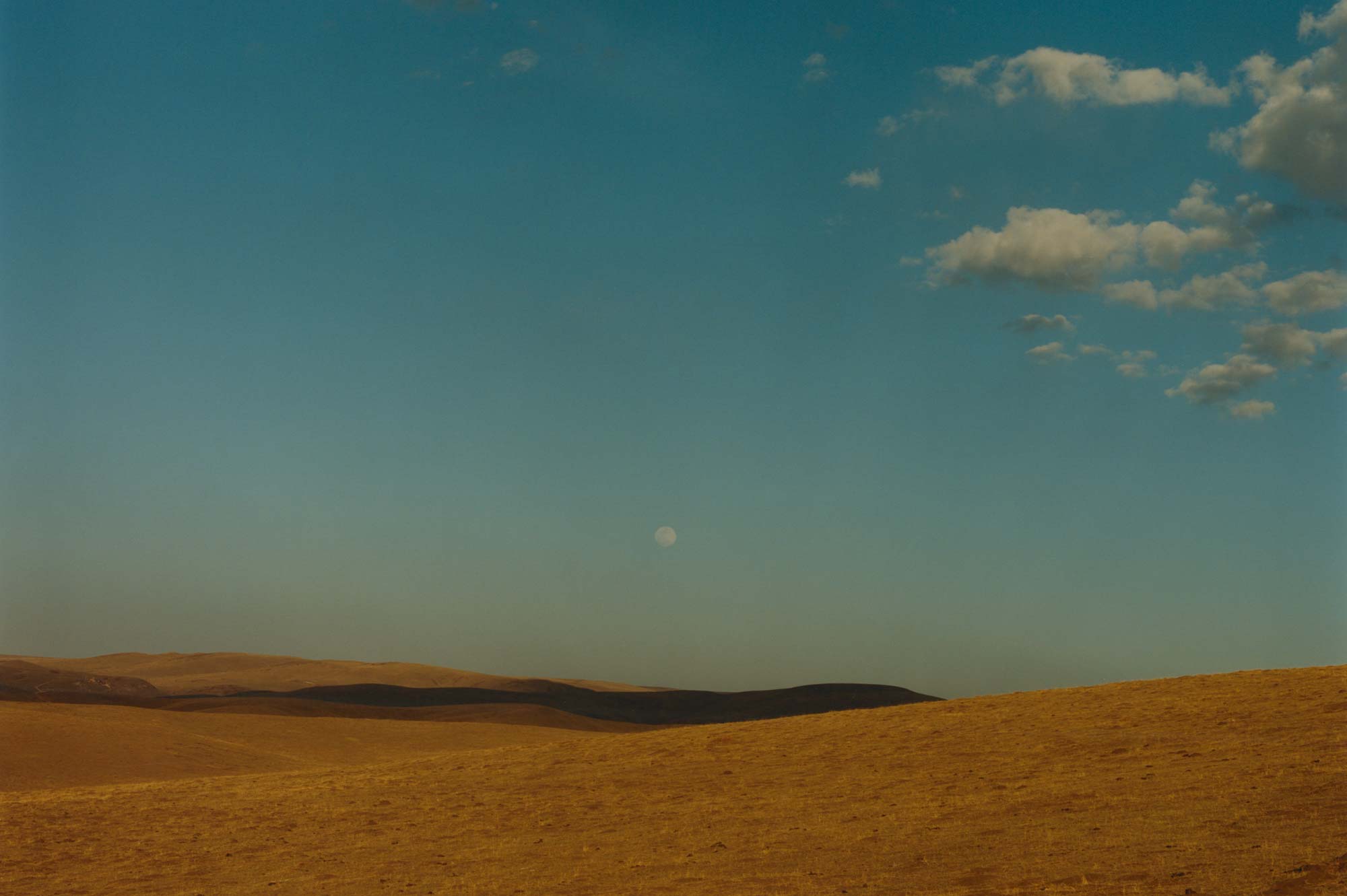 So Far, So Near

A visual journey into a nomadic settlement on the Tibetan plateau.

“The route is set by one’s heart and activated by one’s feet and presence.”

My Own Private Odyssey

The Beautiful Art of Getting Lost

Walking is a way to come home, to connect with the world. There is no map with the best route for that.

Ten principles that are ten steps towards promadic traveling with a lighter, more careful footprint.

So Far, So Near

A visual journey into a nomadic settlement on the Tibetan plateau.